At a distance of 5 km from Pocharam village, 16 km from Medak and 109 km from Hyderabad, Pocharam Dam & Wildlife Sanctuary is situated in Medak district of Telangana. This is an ideal tourist place to visit from Hyderabad and spend few hours. 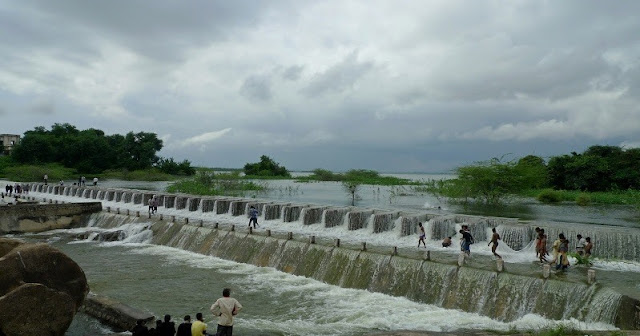 Pocharam Dam and Wildlife Sanctuary is spread over 130 sq km. It was a former hunting ground of the Nizams of Hyderabad. Established in the year 1952, the sanctuary gets its name from the Pocharam Lake formed after the construction of Pocharam Dam on Alair river, a tributary of Manjira River.

The check dam is wonderful site with water flowing freely throughout the monsoon. This is a nice place to relax and play in the water.

The sanctuary is the homeland of various species of animals and birds. Panther, Sloth Bear, Wild Boar, Cheetal, Sambar, Nilgai, Chowsingha, Chinkara, Hyena and Jackal are the main attractions of the sanctuary. The river Manjira is the main river that adds life to the jungle. Crocodile, fresh water turtles, Cobra and Marsh can be located in this sanctuary.

The flora of the sanctuary make the sanctuary livelier with green vegetation like Babul prosopis, Pistia, Hydrilla, Eichornia and Vallisneria. Nine small islands in the middle of the reservoir are the main breeding areas for birds, crocodiles and turtles. Birds like Painted Storks, herons, Coots, Teals, Cormorants, Pochards, Black and White Ibises, Spoon Bills and Open Billed Storks make their nests in these islands.

The Sanctuary still has an old watch tower. There is an Eco-Tourism center where visitors can see different species of Antelopes and Deer. Boating is available to take the visitors around the sanctuary for bird watching. Binoculars and books on identification of birds are also available.

The best time to visit this sanctuary is during the months of September to January. 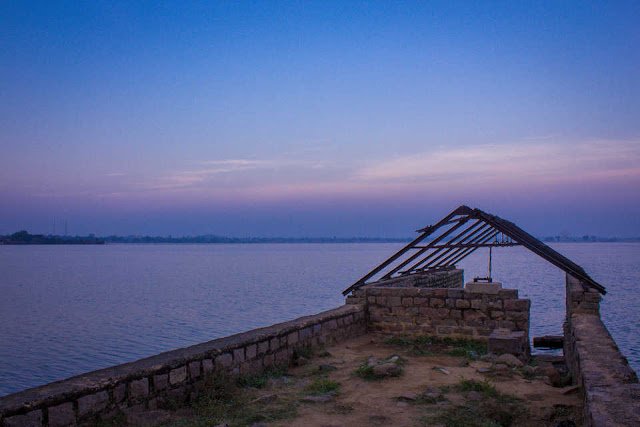 Pocharam is a forest basically and it was declared as a wildlife sanctuary in 20th  Century, it was the former hunting ground of the Nizams of Hyderabad. The name Pocharam derived from the lake, this vast lake adjoining the Pocharam sanctuary makes this place unique from others.

The main aim to develop this sanctuary is to preserve the wild animals for being extinct. Now in 21st Century is the an important ecotourism center for visitors.

Accommodation Facility in Pocharam sanctuary: – Visitor can stay in forest rest house which is located in Medak or they can check in to the bungalow at Pocharam.

Flora and Fauna : –The mixed deciduous forest with grassy plains makes this place ideal for many birds and wild animals. Some wild species in Pocharam sanctuary are-
Panther, Sloth Bear, Wild Boar, Blackbucks, Sambar and Nilgai

Activity To Enjoy in Pocharam Wildlife Sanctuary: –
Forest Department arranged the jeep safaris for bird watching. Visitor can take safari and enjoy the animal watching from nearer.  Tourist can visit the natural habitat where the wild animals are actually located.